Chris Williamson is an English sim-racer form Nantwich, England and is the founder of the Nijo Racing team. He joined GPVWC in 2010 and has since competed in the Superleague, Supercup and Formula Challenge competitions at various points in time. Chris was runner-up in the 2010 Supercup, narrowly losing out to Christoph Lichtenstein in the final round.

Having previous played racing games such as 'F1 World Grand Prix', 'TOCA 2' and 'Gran Tourismo', Chris entered the world of online racing during his time living in Japan. He started out in an amateur leagues such as 'GPROC' and 'ALT Challenge', which were organized at www.gpro.net and used the game 'F1 Challenge 99-02'. When these leagues switched to rFactor, Chris continued with them and also so-created a successful touring car league, 'TCC'.

Some members of these leagues, including Ben Warren, Tom Parker and Scott Bennett took part in the GPVWC Meganes series in 2009 and they subsequently introduced Chris to the GPVWC in early 2010.

Having been introduced to the league, he quickly secured a place at the newly formed PB Racing team where Chris remained during the entire 2010 Supercup season. Over the season he would be partnered by several different drivers including Scott Bennett, Tim-Oliver Wagner and David Jundt. Chris also took on the role as the team's livery designer and produced a car in the team's customary blue and gold colour scheme.

Williamson launched his GPVWC at the Australian Grand Prix where he scored a creditable third place. This was followed by his first and only GPVWC win at the Chinese Grand Prix, where he managed to keep a cool head when many of his rivals made crucial errors. A second win nearly followed in the Japanese Grand Prix as race leader Tommi Koivonen damaged his car in the closing laps, but held onto victory by the narrowest of margins ahead of Williamson. As the season went on Chris's consistent style earned him points in almost every race and meant that he remained a championship challenger right up to the final race in Singapore. Going into that race Williamson was just four points behind his season-long rival Christoph Lichtenstein. However, it wasn't to be as he got a bad start and suffered a disconnection part way into the race meaning he had to settle for 2nd place overall. 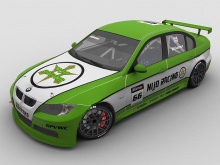 As a result of his connections with Tom Parker, Chris soon managed to secure a test seat at ST Racing in 2010. He had his first Superleague experience at the 2010 Chinese Grand Prix as he stood in for Mark Fuller and managed to bring the car home in 14th position. By the time the championship approached the halfway point, Williamson had become a regular second driver within the team and scored his first Superleague points at the 2010 Portuguese Grand Prix at Estoril. The 2nd half of the season proved more fruitful as he was able to score points on several occasions and eventually finished 14th in the overall standings.

Williamson also took part in the 2010 Masters series, which he entered with his newly founded team Nijo Racing. It proved to be a rather lacklustre season for Williamson who never fully got to grips with the BMW cars and was largely overshadowed by his team mate David Jundt. 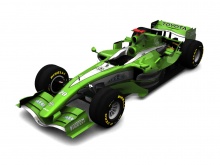 Having opted for an aggressive expansion of his Nijo Racing team, Williamson managed to secure an entry for his team in the 2011 Superleague. Chris had signed a promising driver lineup and so elected to be the team's test driver for the season ahead. However driver availability issues meant that Chris had to step up and drive in several races during the season, where unfortunately he failed to recapture his previous form and failed to score any points for his fledgling team.

Williamson battling against Mal McKee at the French Grand Prix.

Nijo Racing also joined the Supercup with Williamson taking the lead seat and teamed up once more with David Jundt. A significant increase in the level and quality of his competition has meant that Chris couldn't capure the same high finishes as he enjoyed in 2010, but finished 11th overall with 34 points.

Williamson raced in the 2011 Masters series alongside Ben Warren and Pavel Loknovski for Nijo Racing, scoring just one points finish in the season.

Williamson once again opted for a reserve role at Nijo Racing, with occasional drives when drivers were unavailable.

With Nijo's withdraw from the Supercup, Chris joined the Tiger Express Motorsports team, partnering Martin Bulgin. After a disappointing opening half of the season, a decision was made and Williamson switched his focus to Formula Challenge instead.

Chris competed for Constant Racing in the 2012 Masters.

As well as being a driver and team manager, Chris has several other roles within the GPVWC. He joined the staff in 2011 as part of the graphics and video making team. Chris's role has gradually increased, becoming part of the diciplinary committee and helping to develop the league's mod files. In 2013 he was promoted to Head of Competition at the GPVWC.